He was Born in Chachoengsao Province 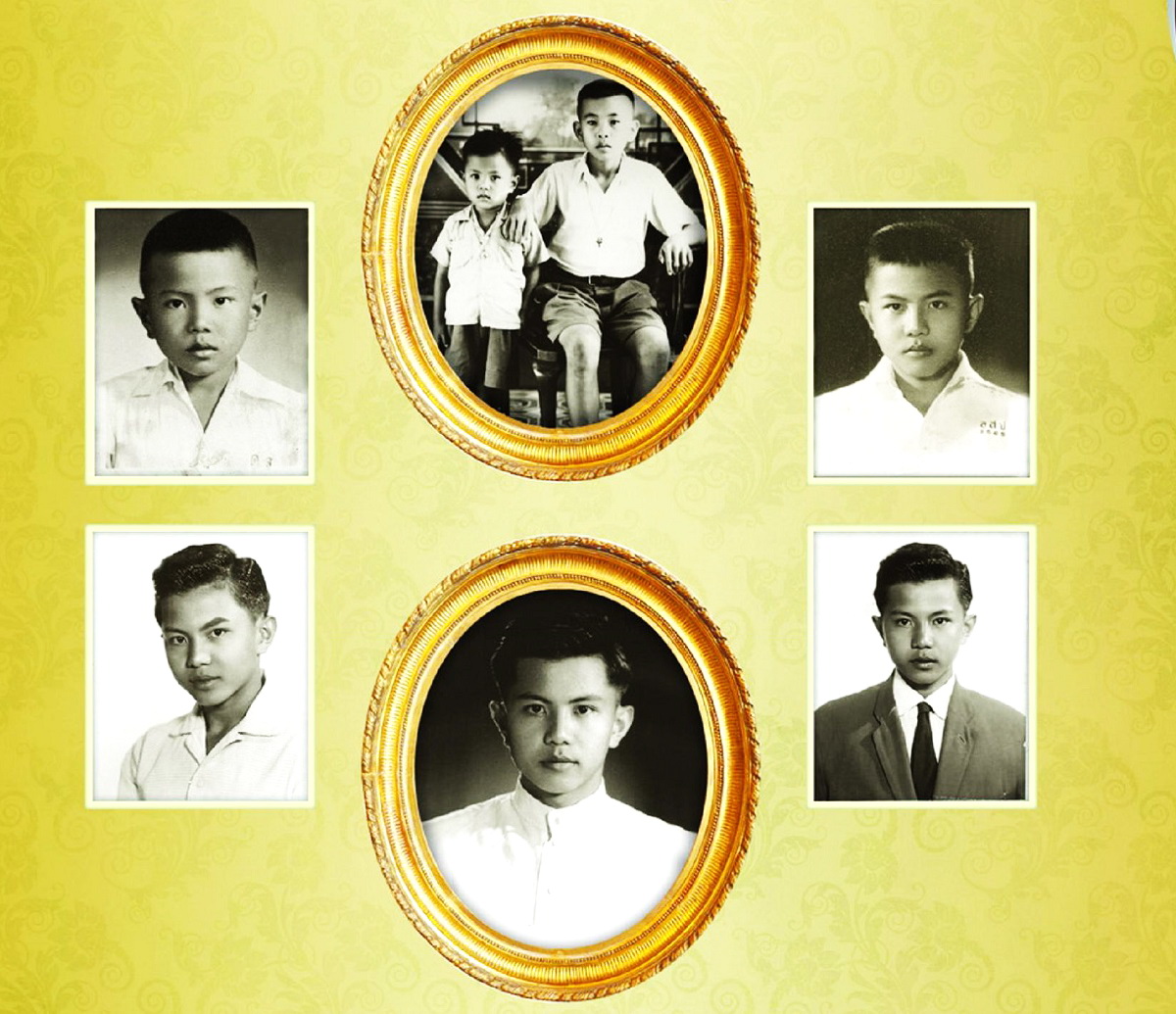 His father and mother were very devout parents who faithfully practiced their catholic faith with ardent love of  God.  This was clearly evident  in their 10 children who had absorbed the good examples of their parents. He was raised and grew up in a good practicing catholic family.  This was the beginning of his step toward  “Religious Vocation” which he faithfully answered and still walks along this path until today.

With his Warm Family 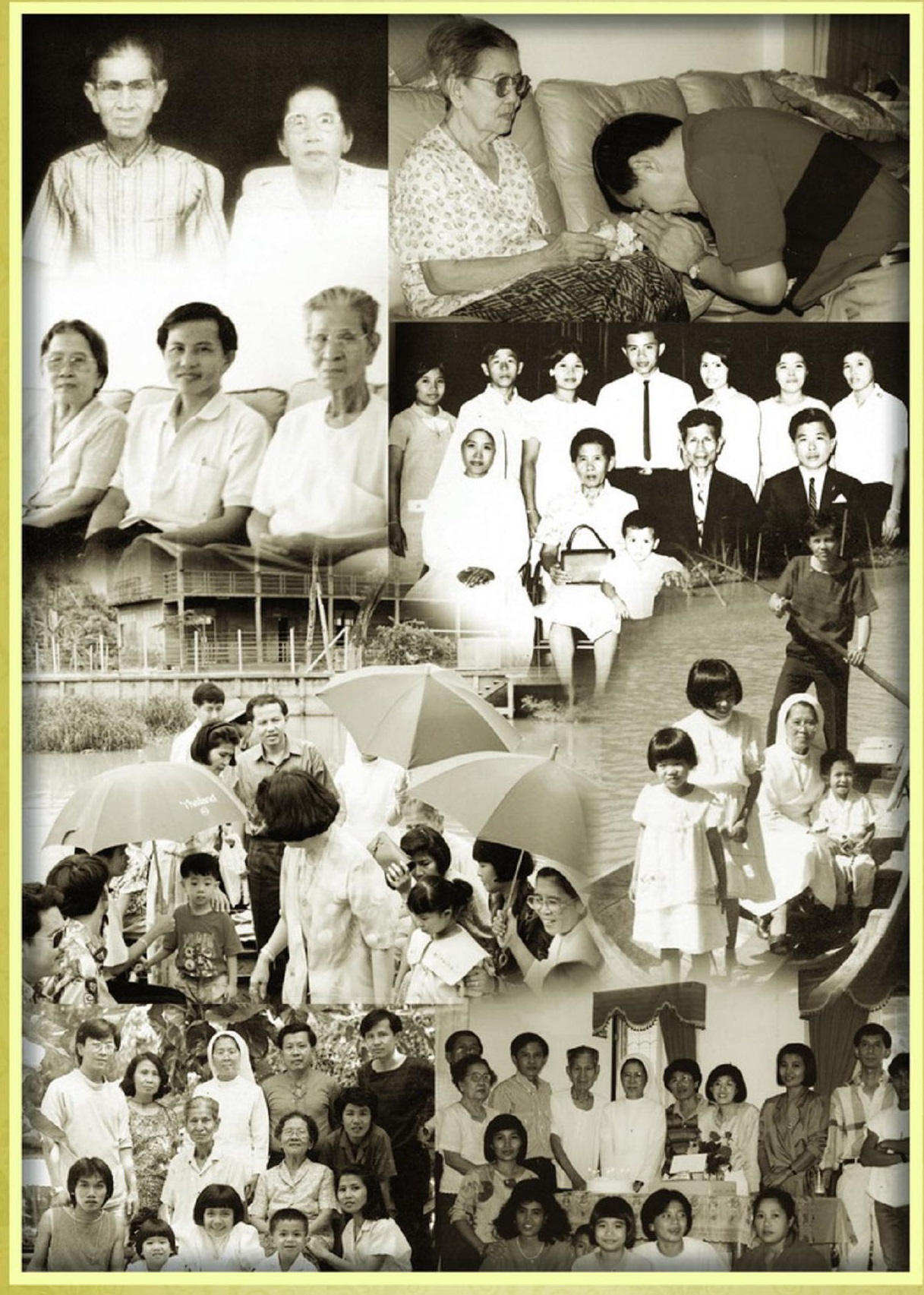 Brief History of His Religious Life

He was raised in a good practicing catholic family. This was the beginning of

his step toward a "Religious Vocation" which he faithfully answered and the path he still walks along today. 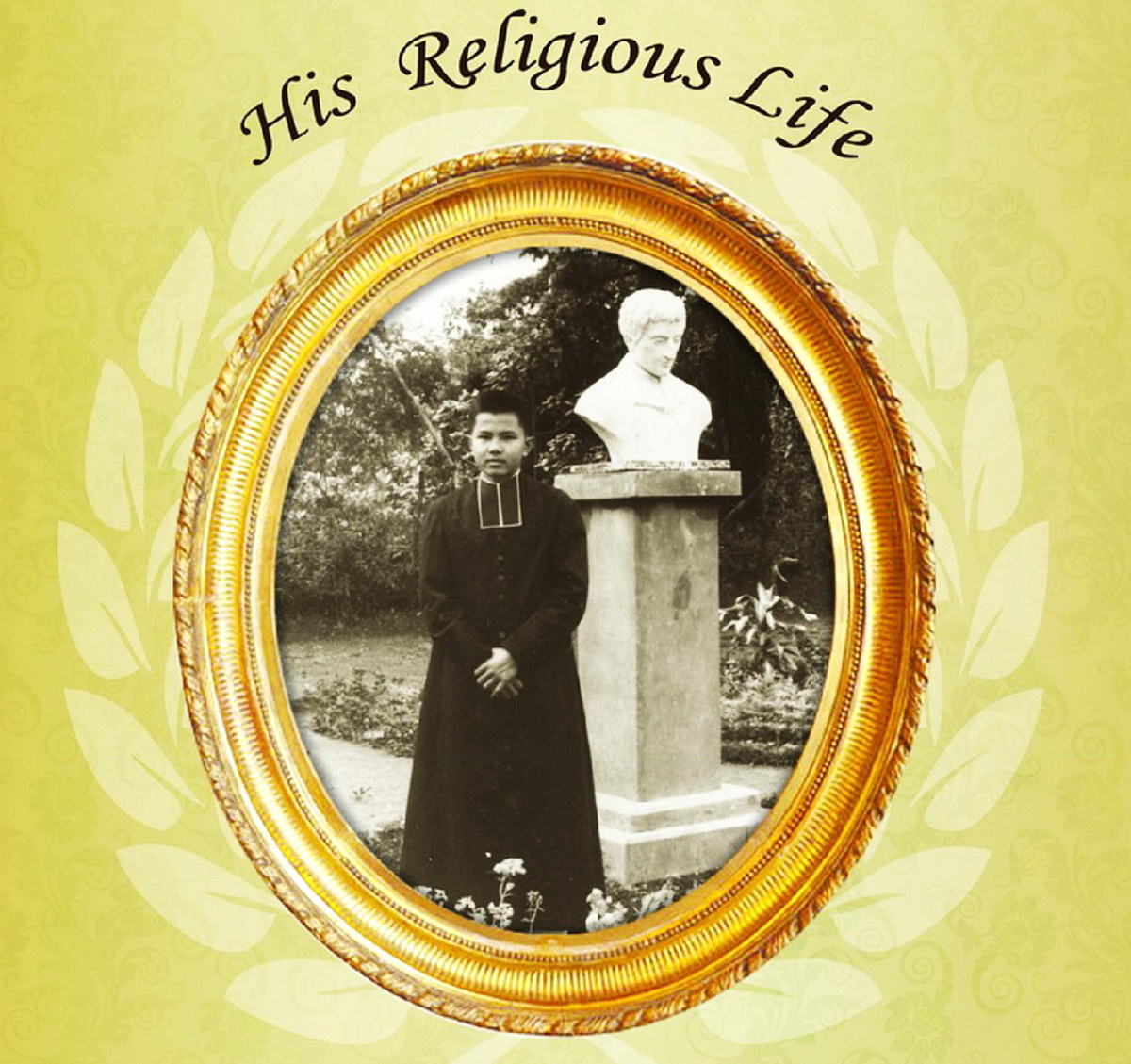 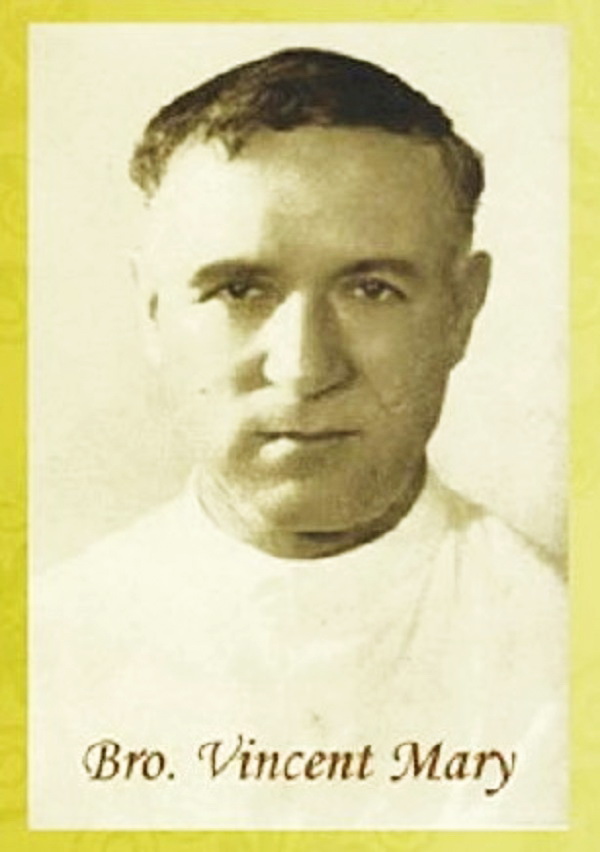 He was put under the care of  Bro. Vincent Mary who instilled in him the wisdom and knowledge of religion.   This experience had strong influence on the young novice who was later sent to study the rules, practices, and spirituality of the Order at it’s Novitiate /Seminary (Eachinkadu Yercaud Salem Dt.)  in India.  It was during this period that he could discern the path of his future to answer the call of religious vocation, to enter religious life.

Received his Religious Habit with the Name "Bro. Albert Laurence" 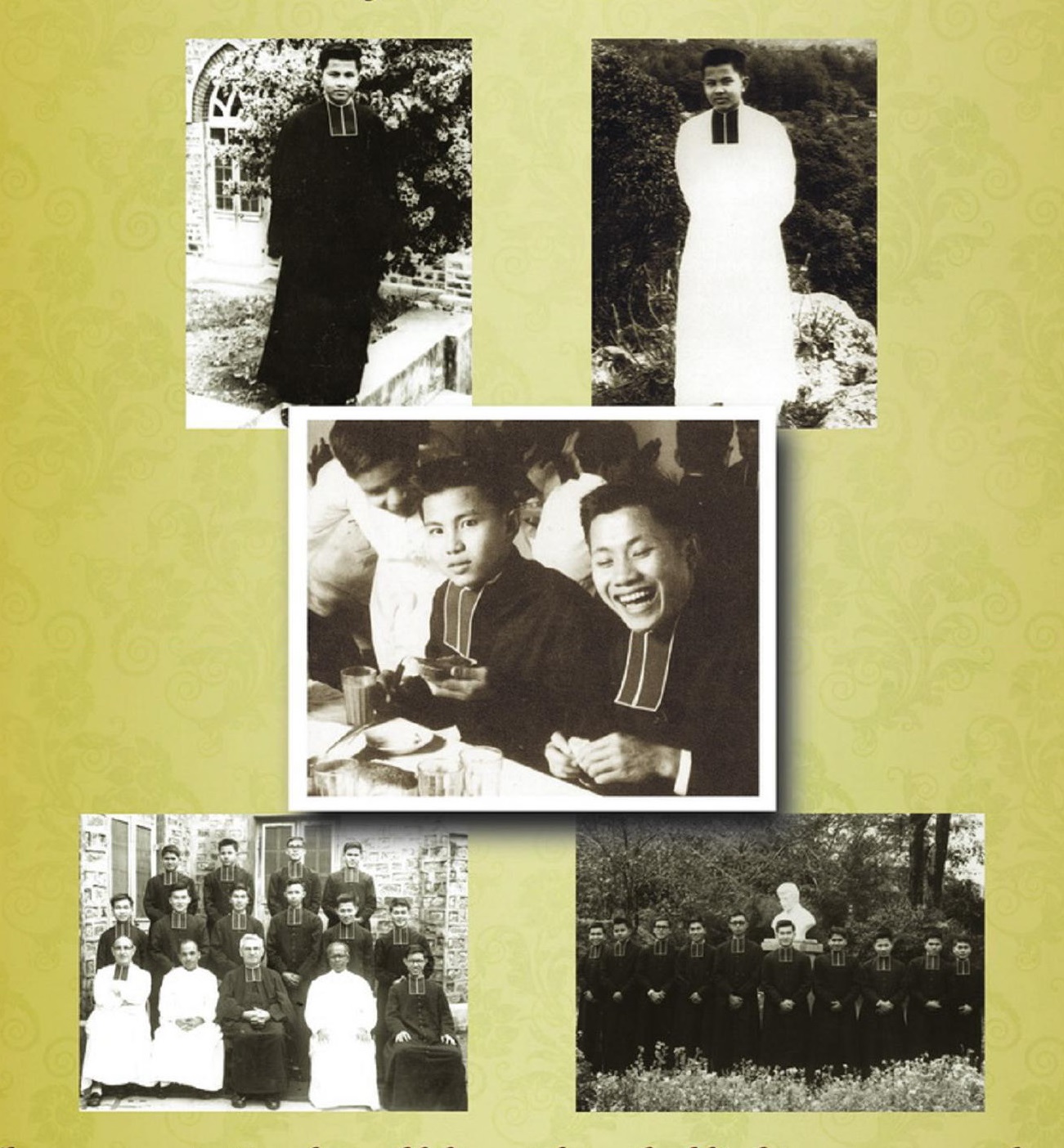 The young novice Bancha could discern the path of his future to answer the call of religious vocation, so he decided to enter religious life. He received his religious habit with the name Bro. Albert Laurence.  After that he studied theology for one year.

He Studied Theology for 1 year 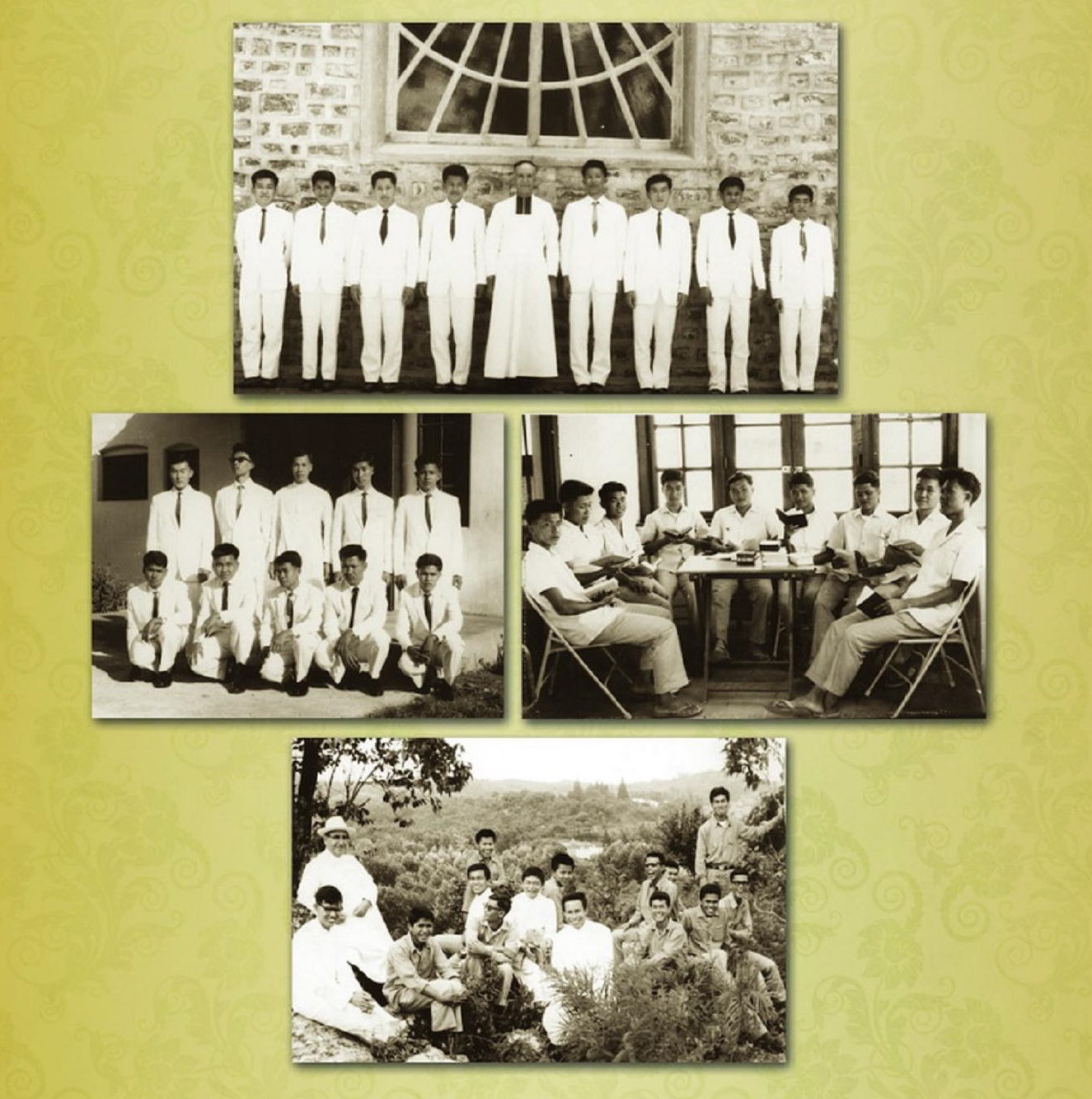 He studied at Loyola College, Madras, India. Later he realized that to devote oneself entirely to duty requires not only self-sacrifice but also the thirst for knowledge and the practice of virtuous acts under definite rules and clear objectives "This led to his decision to devote himself to the glory of God."  He took his religious first vows in 1965 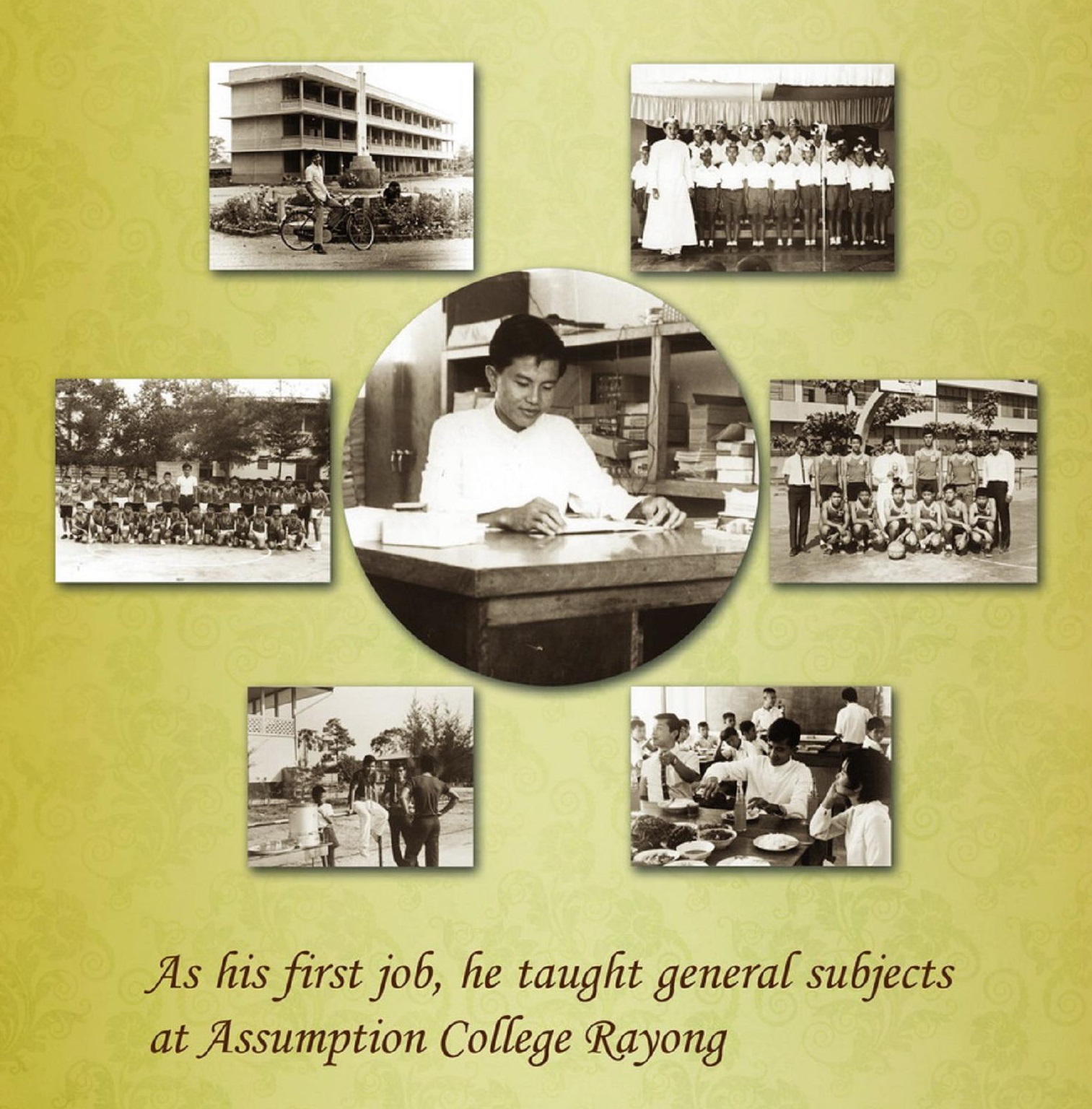 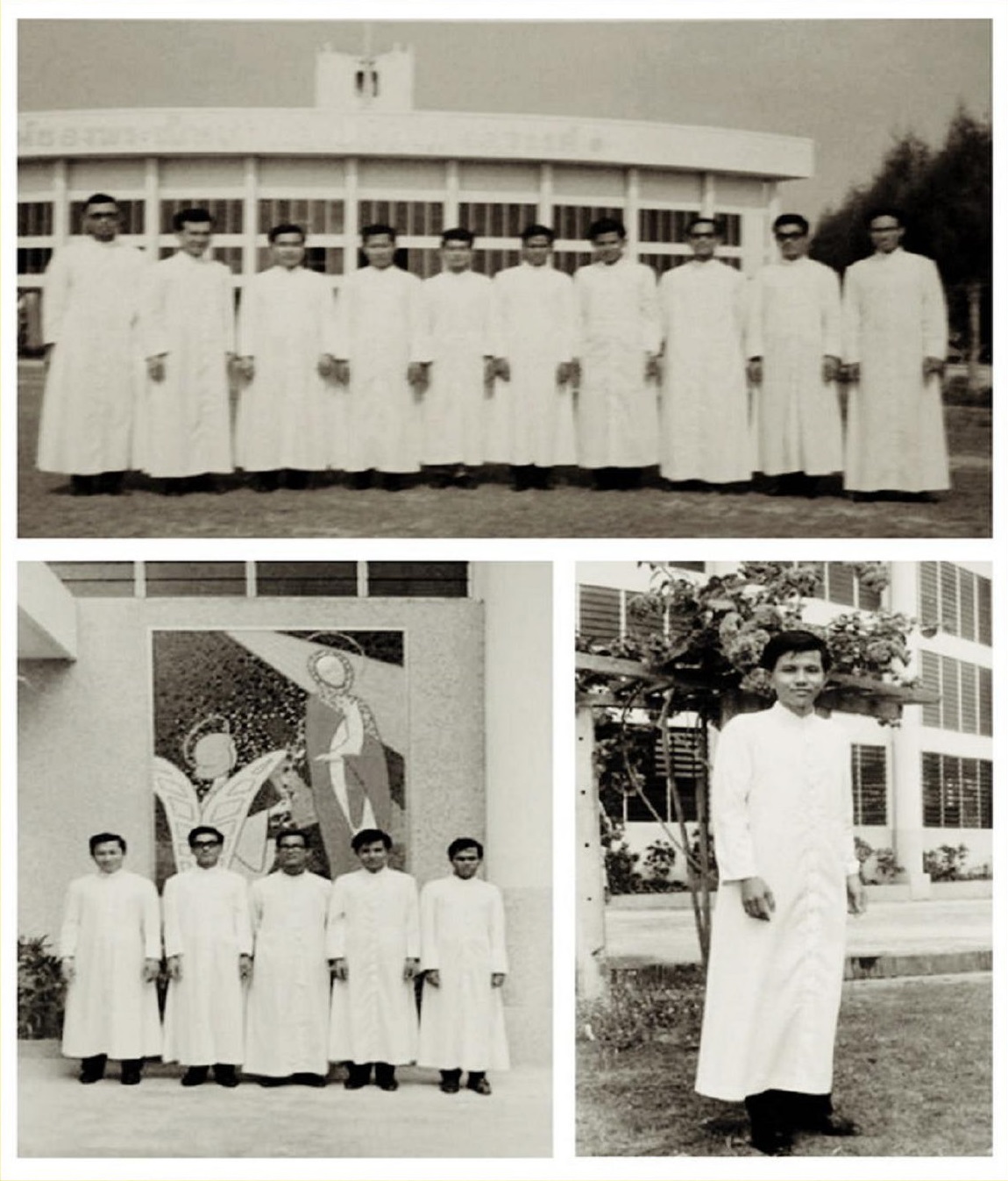 1974-1977
Assumed his Role as Director of Assumption College Thonburi During his tenure as school director, the school was provided with a variety of new facilities through his initiative. The Major Improvements included: In his capacity as then ABAC's Vice President for Student Affairs, he promoted democracy by setting up an internal electoral system for students to vote for student leaders or presidents for various clubs. 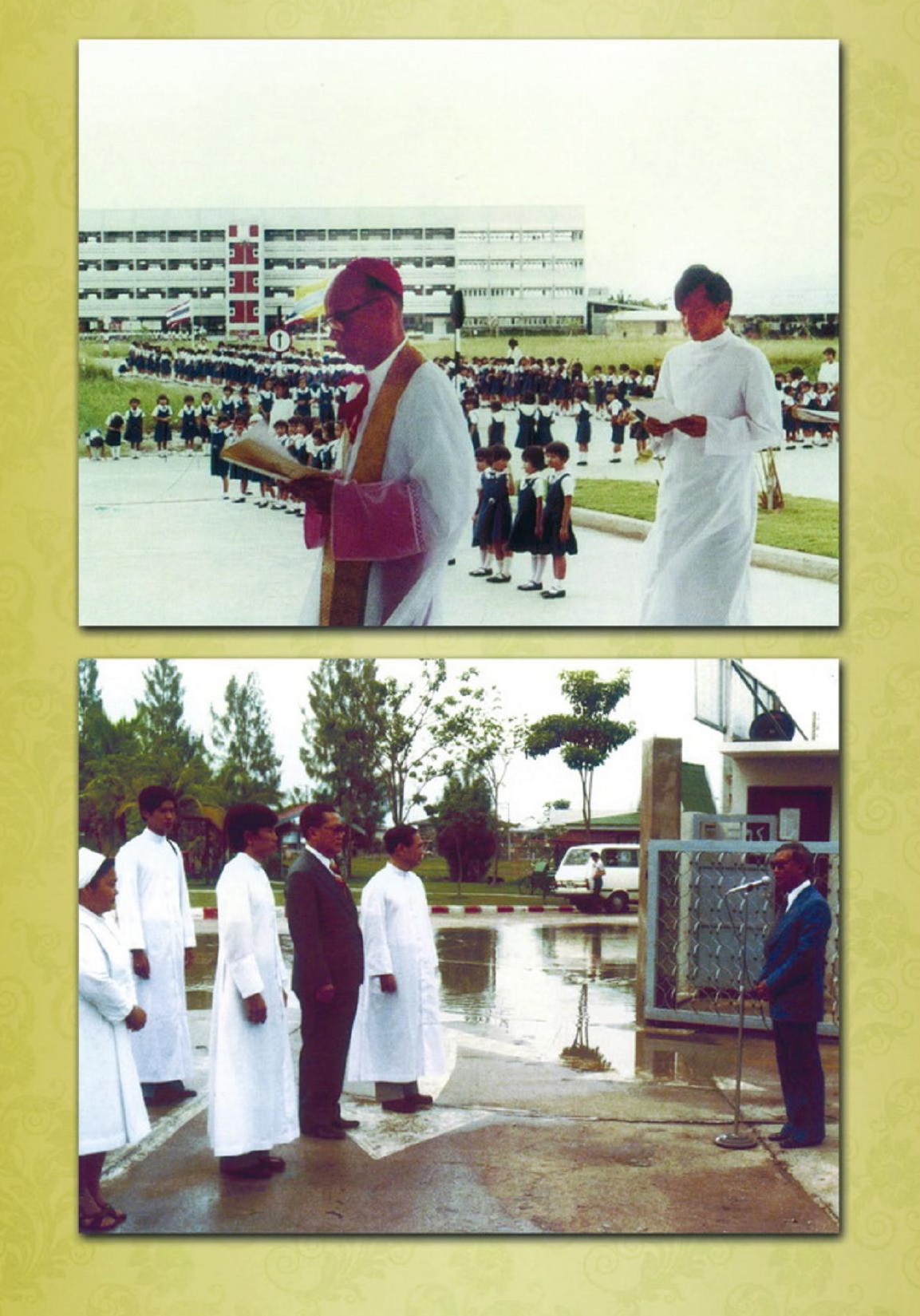 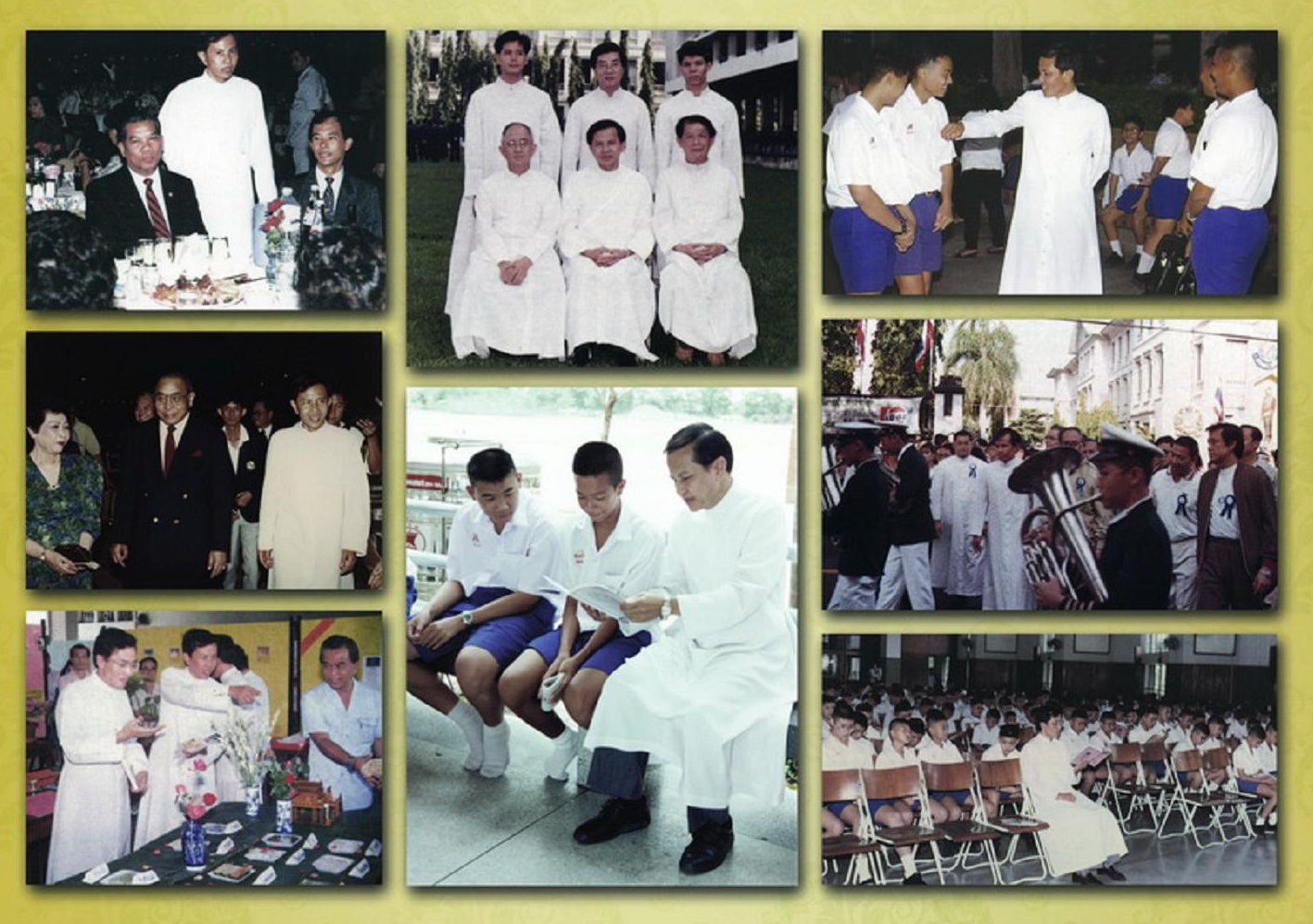 Serving as a director of St.Gabriel's College, he developed the curriculum effective teaching and learning methods, systematic work, performance evaluations, as well as a variety of extracurricular activities like sports, music, drawing, etc. On top of those achievements, he oversaw the contruction of Hubert Memorial Building in tribute to Bro. Hubert, a former director of the school.

Celebration of the Twenty-Fifth Anniversary of his Religious Profession Performing as AU's Vice President for Student Affairs, he created learning environments in the university's campus, initiating a variety of student activities, enhancing their abilities and skills in different areas. Assumption the role of Vice President for Academic Affairs, he focused on developing educational quality, qualifications of instructors and constantly improving the curricula while enhancing cooperation with various renowned local and international institutions.

Appointment as President of Assumption University The Chairman of the University Council, Bro. Sakda Kitcharoen announcing the appointment of Bro. Bancha as the new President of Assumption University 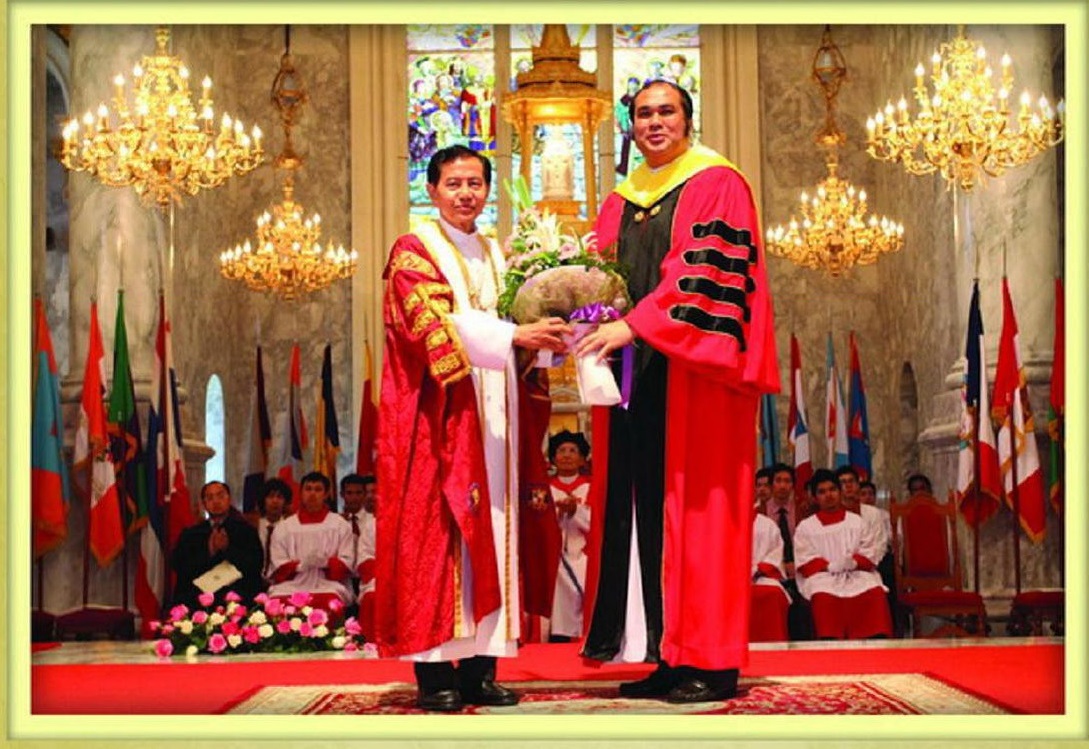 Exhibiting remarkable managerial skills and extraordinary achievements, he was appointed AU's Rector Magnificus, the title bestowed upon him by Rev. Bro. Dr. Sirichai Fonseka, the Provincial Superior of the Montfort Brothers of St. Gabriel, Province of Thailand, at the Chapel of St. Louis Marie de Montfort, Assumption University, Suvarnabhumi Campus.

Celebration of the Fiftieth Anniversary of his Religious Profession 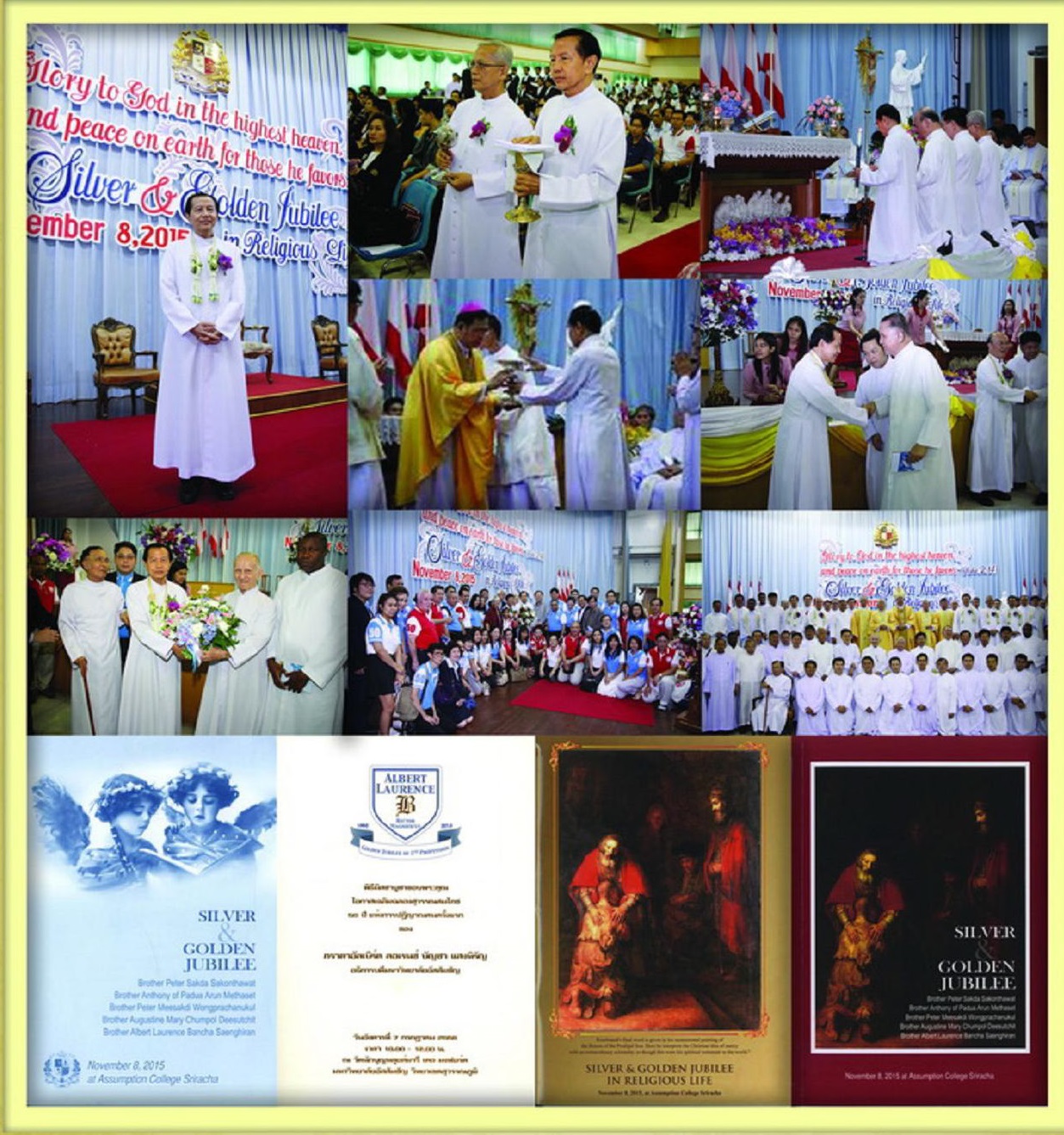